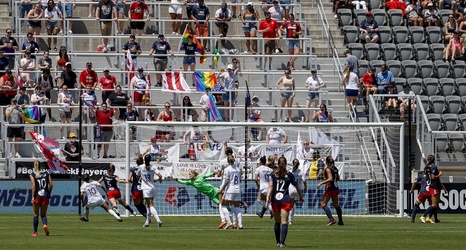 Two teams under interim leadership meet today in the District as the Washington Spirit host the Orlando Pride. The Spirit have played the Pride twice in the regular season, taking a second half lead both times only to walk off with a 1-1 draw. Both teams will look different today, with Washington having fired coach Richie Burke amid allegations of abusive language and Orlando — following Marc Skinner accepting the Manchester United job —unbeaten (1W-2D-0L) under interim head coach Becky Burleigh.

It’s a vital moment for both teams. A win for the Spirit would see them jump over Orlando and several other teams into a tie for 3rd place, but another loss or draw would extend a recent winless run to four games.