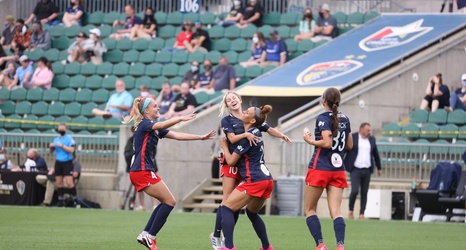 The Washington Spirit battled bravely, but opened the 2021 NWSL Challenge Cup with a 3-2 loss at the North Carolina Courage. Kumi Yokoyama and Trinity Rodman, minutes into her first-ever pro game, scored for the Spirit, but Merritt Mathias’s clever chip early in the second half ended up being the game-winner for the Courage.

Missing five players to national team duty and two more projected starters to injury, Richie Burke fielded an experimental version of the back three his side has been working on during the preseason. A shortage of defenders saw wingbacks Julia Roddar (in her debut for the club) and Tegan McGrady both play as part of the back three.