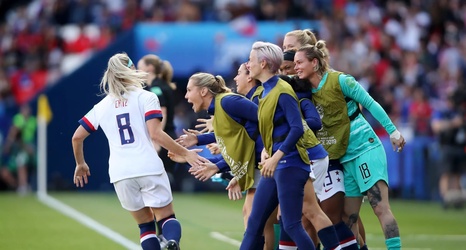 The United States hasn’t done anything to give us reason to doubt them as a favorite to win the World Cup, but today’s Round of 16 game should pose more difficulty than the group stage did. The USWNT, who haven’t conceded a goal in seven straight games, has beaten Spain in 2019, winning 1-0 in Alicante back in January, but they came away expressing their admiration for the Spanish approach and skill level. When this squad says another team is good...well, they would know, right?

A Spanish victory would be a massive, massive upset, but they’ve also created plenty of chances so far.