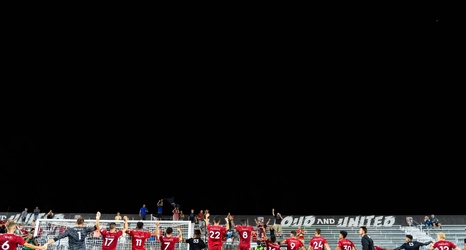 Loudoun United did not need any extra motivation for Saturday night’s game against the New York Red Bulls II. Winners of three straight while the Red Bulls were winless in 5, the team wanted to end their season on an upbeat note and did just that, with a resounding 7-2 victory in front of 3,014 at Segra Field.

Loudoun opened the scoring early as Kyle Murphy deflected a cross by Peabo Doue over to Alioune Ndour, and the forward (celebrating his 22nd birthday next week) put the ball past Evan Louro for a 1-0 lead in the 5th minute.