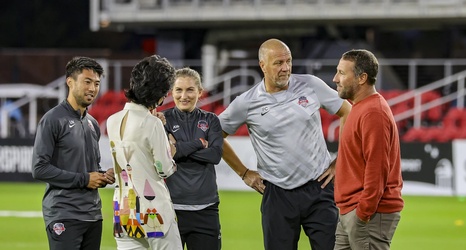 Happy Wednesday, everyone. There was some big news from our local soccer teams, so we begin with that:

Finally, the long-running saga surrounding ownership of the Washington Spirit is over, and Michele Kang officially bought out Steve Baldwin and Bill Lynch to become the controlling owner of the team. It’s a happy day for the players, supporters, and fans.

There was more information in Steven Goff’s post on the story at the Washington Post: Michele Kang apparently approached D.C. United owner Jason Levien about investing in the Spirit.