Look back: The Washington Freedom win the 2003 Founder’s Cup 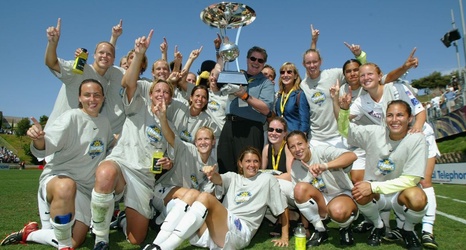 On Sunday, the Washington Spirit will be playing in the NWSL final against the Western New York Flash, looking to win a trophy for the first time in the club’s four year history. After stuttering in the semi-final stage of the playoffs in 2014 and 2015, the Spirit finally got over the bump last Friday, beating the Chicago Red Stars through Francisca Ordega’s extra time goal at the Maryland SoccerPlex.

This isn’t the first time that the Washington area has been represented in a top women’s league final. The Washington Freedom, who played in the Women’s United Soccer Association - the first attempt at establishing a pro league for women - appeared in two of the three Founder’s Cups, losing the 2002 edition to the Carolina Courage.