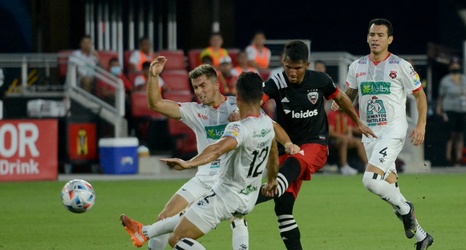 D.C. United needed a long time, but finally found the breakthrough in a 1-0 win over LD Alajuelense in the first-ever Capital Cup match. Felipe Martins settled the game with an 87th minute goal direct from a free kick as United — featuring a mix of D.C. and Loudoun United players — wore down the Costa Rican 2020 Apertura champions.

Hernán Losada, making changes for a friendly tournament, had some good news in store, as veteran defender Steven Birnbaum made his return from two offseason ankle surgeries for his first action in 2021. United also called Jovanny Bolívar in from his loan to Loudoun United to start up top, while two more players under contract with Loudoun (Landry Nanan Houssou and Gaoussou Samaké) filled out the lineup.