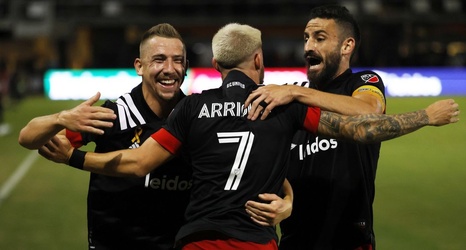 D.C. United got big performances out of some big names tonight in a 4-2 win over struggling FC Cincinnati. Julian Gressel had three assists, Edison Flores chipped in with two, while Paul Arriola scored twice as United lead by four goals only for Cincinnati to narrow the gap with two late strikes.

United got some welcome surprises in their starting eleven, with Andy Najar overcoming a knock to start. Hernán Losada was also able to start both of the Black-and-Red’s Designated Players, Arriola and Edison Flores, for just the third time in 2021. Flores and Najar were two of the three lineup changes, with Fréderic Brillant, the suspended Tony Alfaro, and the injured Drew Skundrich making way.