Intense, highly motivated USWNT shows no signs of slowing down 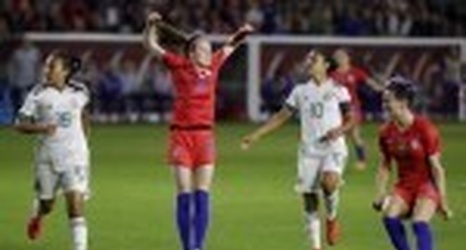 Much like the match, their circles were not perfectly formed. Rose Lavelle, for example, gets a pass due to the red soft cast she wore on her lower left arm.

The message, nonetheless, was clear: The Americans are going to the Olympics this summer. Not that that’s any sort of surprise. They’ve never missed women’s soccer’s second-most important competition.

Fresh off a World Cup championship, FIFA’s top-ranked team has not lost in more than a year, a span of 27 matches.