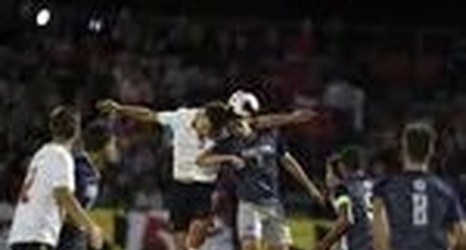 The deciding moment in Georgetown’s 1-0 victory over Maryland on Monday arrived in a flash midway through the second half at Ludwig Field in College Park.

It began with the Terrapins pressing for a breakthrough and ended with the Hoyas completing a swift and flawless counterattack, culminating with Derek Dodson’s 65th-minute goal.

A substitute (Zach Riviere) got it started with clever work. Another sub (Paul Rothrock) accelerated the foray in the open field. Ifunanyachi Achara got a touch on Rothrock’s cross inside the penalty area and Dodson applied the finishing touches.

The lone goal was just reward for Georgetown’s control of the second half.