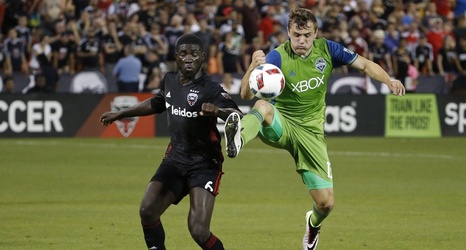 After both teams struggled to turn intent into genuine chances, a late show saw D.C. United stun Atlanta United 2-1 at Mercedes-Benz Stadium this afternoon. Russell Canouse’s 77th minute goal appeared to be enough for United to get their first road win over Atlanta since 2017, but Jon Gallagher had an 88th minute reply. With both teams needing a win to keep playoff hopes alive, it was substitute Gelmin Rivas coming up with a stoppage-time winner to give the visitors their first winning streak of the year.

Interim boss Chad Ashton, coming off of United’s first win in over six weeks, made three alterations to the side that beat FC Cincinnati last weekend.