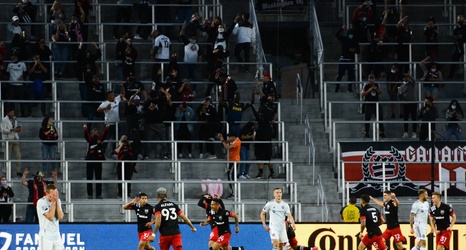 D.C. United made their return to Audi Field count, defeating the Chicago Fire 1-0. Edison Flores scored the game’s only goal with a 7th minute header, his first since joining last year in a club-record deal for United.

Hernán Losada had changes in mind after three straight road defeats. Jon Kempin started in goal over Chris Seitz, while Brendan Hines-Ike returned from injury at center back. Drew Skundrich, one day after signing an MLS deal with the club, made his MLS debut as a starter in midfield. Designated Player Paul Arriola, meanwhile, made the bench for the first time all season after a quadriceps injury cut his loan to Swansea City short.