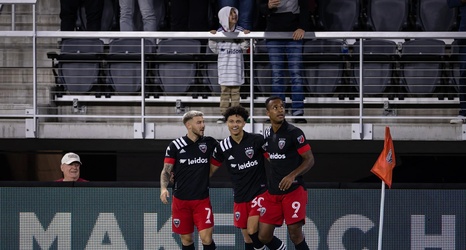 Facing a virtual must-win, D.C. United showed some old-school grit in a 1-0 home win over the New York Red Bulls. Kevin Paredes’ third goal of the season gave United an early lead, and they made that stand up despite enduring significant pressure from the visitors. The victory, which clinched the 2021 Atlantic Cup, ended a spell that saw United pick up just one point from four games while also ending a seven-game unbeaten run for their oldest rival.

Hernán Losada was able to pull a bit of a surprise, as Paul Arriola and Andy Najar — both said to be out in the build-up to the game — were available from the start as the only two changes to the side that lost badly at NYCFC on the weekend.