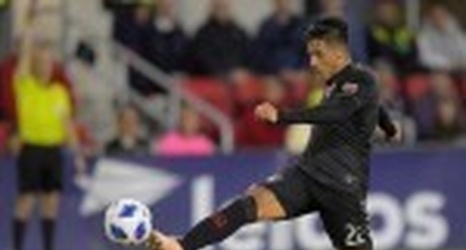 CLEARWATER, Fla. -- D.C. United midfielder Yamil Asad will miss about three weeks with a groin injury, a timetable all but ruling him out of the remaining preseason matches and casting doubt on his availability for the MLS opener.

Asad, the probable starter at left wing, was injured in the first half of the first preseason match Tuesday against the Montreal Impact in Tampa. United has five friendlies left, culminating Feb. 22 ahead of the Feb. 29 regular season debut against the Colorado Rapids at Audi Field.

Asad, 25, is beginning his second tour with United after recording nine goals and eight assists while on loan from Argentina’s Velez Sarsfield in 2018.