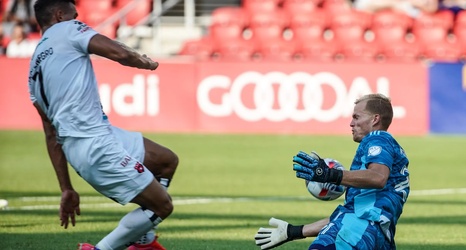 D.C. United won the inaugural Capital Cup with a 1-0 win over LD Alajuelense tonight at Audi Field. United, who beat LDA by the same scoreline midweek, lifted the Capital Cup trophy thanks to what became an aggregate score format after both Club Puebla and Alianza FC had to withdraw from the event due to Covid-19 positive tests.

Hernán Losada, days after fielding a reserve-heavy squad against the same opponent, fielded an eleven with more MLS experience. Steven Birnbaum continued his comeback from offseason ankle surgery, while regulars like Nigel Robertha, Frédéric Brillant, Felipe Martins, and Moses Nyeman all started for the Black-and-Red.