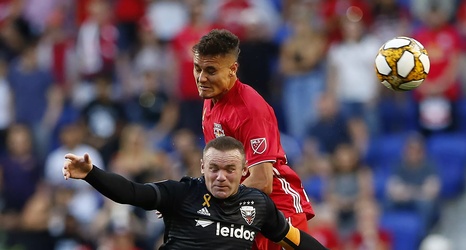 D.C. United and the New York Red Bulls battled their way to a 0-0 draw this evening, inching the Black-and-Red one step closer to a playoff game at Audi Field. The Red Bulls tested United on several occasions, leading Bill Hamid to pull off one of his best saves of the season. There was one piece of bad news, as captain Wayne Rooney earned a suspension for next week’s game after picking up his 5th yellow card of the season.

The first half saw few genuine chances either way, though both teams pushed numbers up trying to carve out a lead.