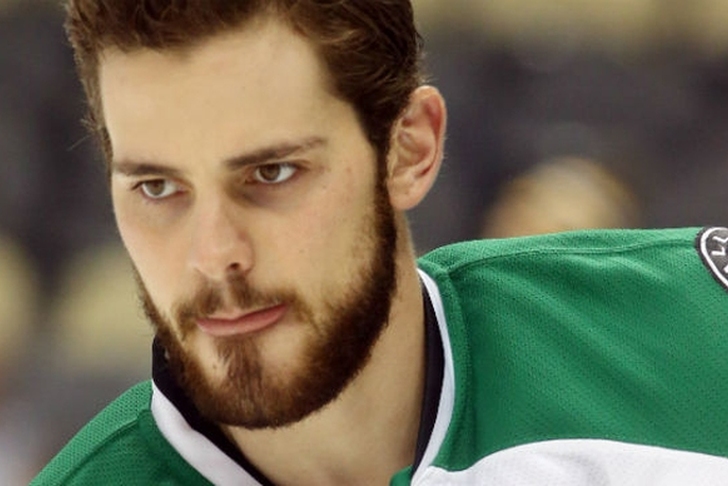 After being spotted skating during the Dallas Stars' Tuesday practice, fans on social media were buzzing about the potential return of the All-Star center.

Tyler Seguin skating before practice today. Will get update from Lindy later. pic.twitter.com/wEhIcwFyTb

Head coach Lindsey Ruff didn't take long to put an end to those whispers, telling reporters the following after the team's optional skate: “He’s not available to play right now. I’m not going to try to deceive you at all -- he’s not ready to play."

Well, there goes that. On the plus side, Ruff also pointed out that Seguin has been improving.

"(Seguin) still remains day to day," Ruff said. "He’s been ramping up the skating again ... it’s a really good sign for us."

Seguin re-injured his Achilles in Game 2 of the Stars' first-round series versus the Minnesota Wild. It makes sense that Dallas isn't rushing him back given the severity of Achilles injuries, but with several days off in between Round 2 and the Western Conference Finals, it wouldn't be surprising to see the center back in action if the Stars advance.