Weekend Preview: Texas Continues Homestand Against Best of the Central 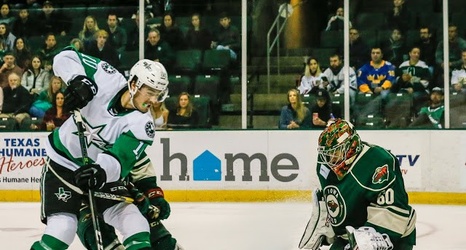 Texas started a new streak on Tuesday night against Iowa, winning back-to-back games for the first time since October 19th and earning just their second regulation win on the season. Turning two into three gets no easier this weekend as second-place Iowa stayed in Austin this week to face Texas again on Saturday. The challenge continues on Sunday as Milwaukee, currently top of the division, comes to town for a pair.

Things are likely to cool off a bit given the long gap between the games with the Wild, but that third period could have gotten out of hand on Tuesday and a set of back-to-backs probably would have led to some fisticuffs in the second game.