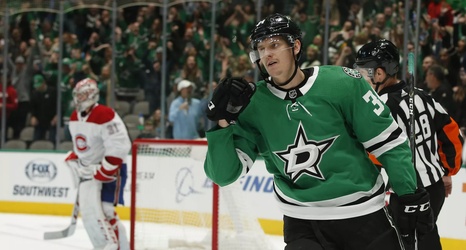 Less than a month ago, Denis Gurianov was a healthy scratch and ultimately was sent down for a brief stint in the AHL. Gurianov didn’t let the time go to waste, using the time in the press box to better understand his timing and spacing, and then pulling off a hat trick for the Texas Stars.

Around that time, Defending Big D took a look at Gurianov’s play in the first three games, identifying multiple areas where his game wasn’t matching up to his pedigree as a first-round draft choice. His play was tentative, and it left him not putting himself in a position to make plays on the ice.