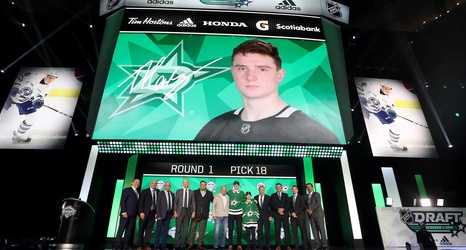 Surrounded by a flurry of activity and transactions, with NHL teams swapping picks with each other to move up or down, the Dallas Stars patiently sat tight and held their ground on Day 2 of the 2019 NHL Entry Draft.

The Stars entered Day 2 with just three draft picks on hands, and despite some conversations between general manager Jim Nill and other unnamed teams, the Stars exited the afternoon with four new prospects.

“We’re happy considering the picks,” Nill said from the draft floor. “We knew we didn’t have a lot of picks going in, but we felt that the scouts did a great job with what we had.