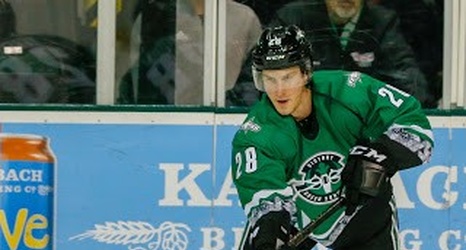 Being the eighth man in a seven-man rotation, Taylor Fedun hasn't played an NHL game in a month as of today. This afternoon, the Dallas Stars assigned the defenseman to Texas on a conditioning loan to help keep him game ready for the NHL club. Conditioning loans may last up to two weeks, which gives Fedun the chance to get into a total of five games, mostly at the H-E-B Center.

Texas had already slimmed down its D corps with the trade of John Nyberg. However, the injury of Emil Djuse that held him out of the weekend's contests means Fedun will be a welcome addition that will likely play in all situations.