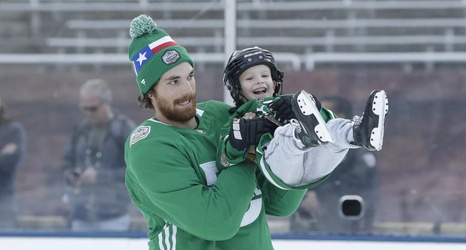 After a year and a half trying to get back to the ice with an uncertain prognosis, Stephen Johns is officially ready to play hockey games again.

After increasing speculation as Johns continued practicing with the team, the Dallas Stars finally announced his temporary assignment to Cedar Park for a conditioning stint on Wednesday morning:

On Monday, Sean Shapiro estimated that whenever Johns was ready for such a stint, it would likely be for something like four or five games. Of course, there’s no way to be sure how game action will affect Johns after taking a year and a half to recover from post-traumatic headache disorder, but I’d say it’s probably safe to stick with that range until Johns takes some hits in real time and we get a better sense for how his body reacts.