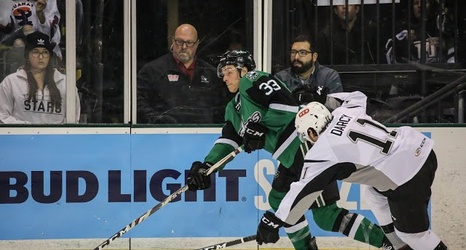 With many of their top offensive talents out of the lineup, the Stars were again challenged to score tonight, falling by a 2-0 score to the visiting Rampage. It was just the third time this season that Texas has been shutout, last having been blanked by San Antonio on November 22nd.

"That's the big thing about being a part of the developmental league," said head coach Neil Graham. "A couple guys go up or a couple guys go out, guys gotta grab it. It was night where the effort was there but unfortunately we weren't able to get anything by the goalie.