Stars set to retire Jere Lehtinen's No. 26 jersey, a player who was 'perfect example for all of us' 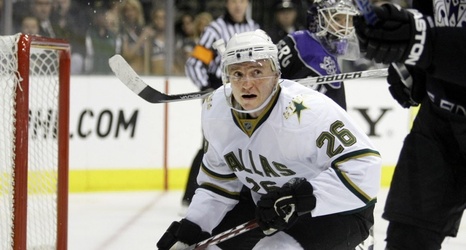 Jere Lehtinen on Friday will become only the fifth player whose number the Stars franchise has retired.

That's an impressive honor when you consider the 1999 Stanley Cup team had four Hall of Famers, and names such as Derian Hatcher and Sergei Zubov are also waiting in line.

But while the soft-spoken, two-way winger from Espoo, Finland, might not have been the most dynamic player on the Cup champion, he embodied the diligence that general manager Bob Gainey showed as a Hall of Fame player and the attitude Gainey was seeking from everyone who played for him.