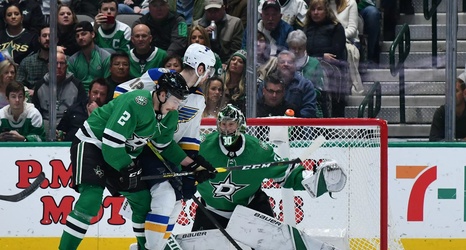 For the first time since October 18th, the Dallas Stars lost two consecutive games in regulation.

It started with a loss to the Chicago Blackhawks on the other side of the Thanksgiving break, in a second game of a back-to-back. That one ended a 12-game point streak and a seven-game win streak. Tonight’s was at the hands of the St. Louis Blues, a 3-1 loss that was actually closer than the score might make you think.

Overall, it wasn’t the best period of Stars hockey this season but it most definitely wasn’t the worst either.