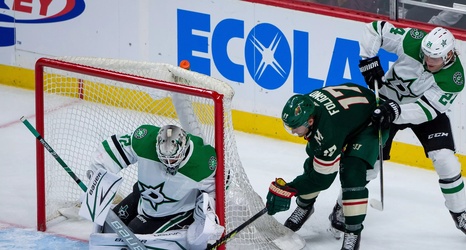 Head coach Jim Montgomery has lost seven of 13 games against the St. Louis Blues, including the last four in a row. Watching these games can be a bit painful, especially when the Blues pull off the same things that took the Dallas Stars out of last year’s playoffs.

Dallas pulled off their outstanding November record by playing as a five-man unit. They pressured the puck in the offensive zone, cut the ice in half, and then picked off passes as other teams kicked their problems down the ice. If the turnovers weren’t there in the offensive zone, the Stars were lying in wait in the neutral zone, again looking to counterattack on any mistake or fumble of the puck.