So You Want to Play Defense for the Dallas Stars? 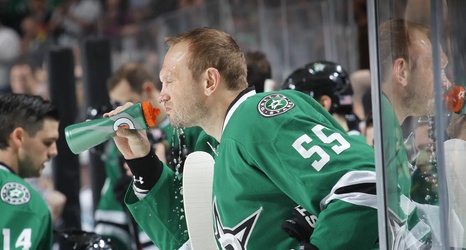 When Jim Nill took over as General Manager of the Dallas Stars in April of 2013, one of his first moves was to bring in Sergei Gonchar. The 39 year old was coming off of a decent, albeit shortened, season with the Ottawa Senators where he put up top ten offensive numbers. At two years for $10 million, some considered it an overpay, but Dallas was leaky on the backend, and Gonchar was a known leader who could mentor a young, but up and coming group.

Brenden Dillon was already seeing second pair time with Dallas, and Jamie Oleksiak, Jyrki Jokipakka and Patrick Nemeth were key parts of a Texas Stars team that won the Calder Cup in 2014.