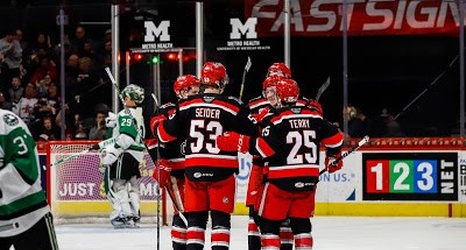 It was the script one would reasonably expect for a team playing its third game--a matinee, mind you--in three days as the Texas Stars ran out of gas in a 5-1 loss to the Grand Rapids Griffins.

Jason Robertson stayed red hot for the Stars as he cashed in on the power play early in the second period to end scoreless play and collect his ninth goal in the past thirteen games. It was the only cause for celebration for Texas as the Griffins turned it on from there with five straight goals.