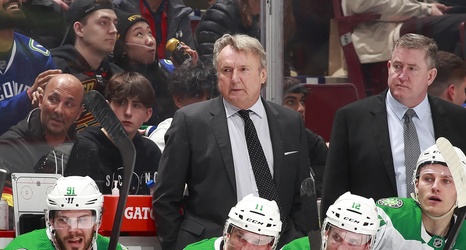 The Dallas Stars announced that coach Rick Bowness will be stepping aside, effective immediately. His contract was set to expire at the end of this season, which by league standards is roughly June 30th (or after the Stanley Cup Final is done).

“I’d like to thank all the passionate fans and the dedicated staff for their support and hard work in my time here,” Bowness said in the Stars’ press release. “It has been an honor for me, and my family, to represent the Stars and the city of Dallas.”

By stepping aside, Bowness is basically allowing the Stars to begin their head coach search immediately, before the draft and free agency preparation gets too far underway.