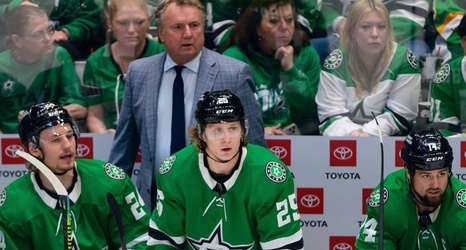 FRISCO, Texas -- Rick Bowness has been on an NHL bench for a record 2,562 regular-season games as a head coach or an assistant over nearly four decades. The 67-year-old coach is not ready to be done yet even though he is at the end of his contract with the Dallas Stars.

"The playoffs bring out your passion. ... That excitement and that pressure and everything, that's what we live for," Bowness said Tuesday. "It's tough to walk out of that rink losing in overtime in Game 7, but it also shows you that, yeah, I'm an old man, but still lots of fire left in me.