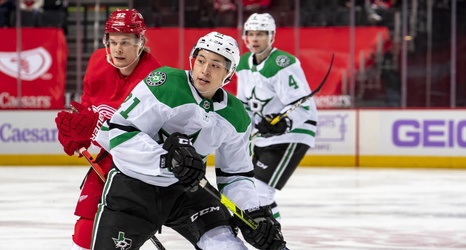 The Dallas Stars made their second trade of the NHL trade deadline with the acquisition of Detroit Red Wings forward Vladislav Namestnikov in exchange for a 2022 4th round draft pick.

I reached out to our friends over at Wingin’ It In Motown to get the low down on the 29-year-old Russian center. They said he’s a guy that plays with a lot of passion. “May sneak a knife onto the ice at some point,” JJ told me (jokingly, but that tells you how much of an edge Namestnikov plays with).

He’s been compared to Loui Eriksson in the sense that he’s a decent defensive forward that can occasionally pop in some depth goals, but isn’t as elite defensively as prime Eriksson was.