RECAP: Stars Play Not To Lose, Lose To Bruins Anyway, 3-1 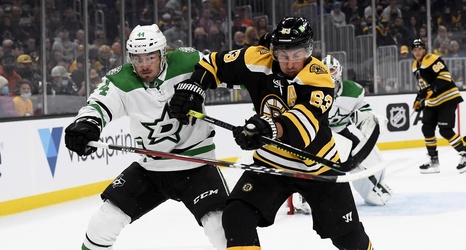 The Dallas Stars went in with no John Klingberg against a Boston Bruins team with no Tuukka Rask. Unfortunately, the Victory Green Gang did bring a few habits that served them poorly last season, and did themselves no favors in the end.

Let’s get to that.

Well, at least the Stars got that whole “second period against the New York Rangers” out of the way during the first period in TD Garden. It took a pretty heroic effort by Braden Holtby to keep the Bruins off the scoreboard – Boston ultimately outshot the Victory Green Gang 17-5 in the first frame.