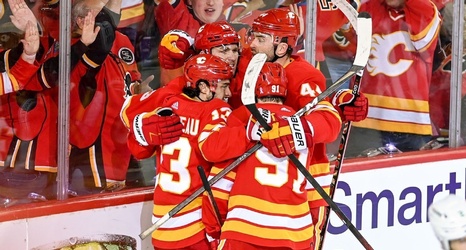 The Flames now advance to the second round for the first time since 2014-15, and it'll be for a full-scale Battle of Alberta: Playoff Edition against their provincial rival, the Edmonton Oilers.

If there was any doubt what the moment meant to Gaudreau, he made it clear postgame when asked where that winner ranked all time in his career.