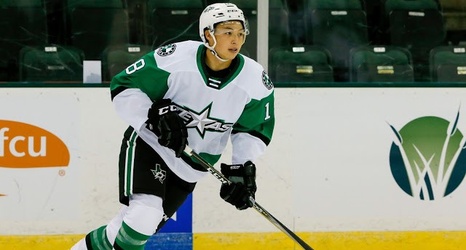 Rookie Jason Robertson has been recalled to the Dallas Stars this morning. The Stars placed Alexander Radulov on IR retroactive to Tuesday.

Robertson has been crushing it in the AHL over the past few weeks. He has nine goals in his last fourteen games and had a four point night on Saturday in Grand Rapids.

Robertson, if he plays tonight, will get to make his NHL debut in Toronto, the epicenter of hockey.