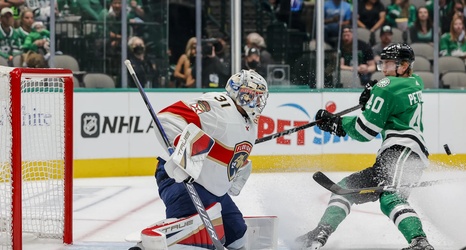 After the Stars made some moves to maximize their salary cap situation to start the year, a number of expected moves were made today to get to the final roster for the first game of the season versus the New York Rangers.

Peterson was recalled along with Joel Kiviranta, while Ty Dellandrea, Oskar Bäck, and Jake Oettinger were loaned to the AHL Texas Stars. Jason Robertson and Blake Comeau are both considered “day-to-day” with upper-body injuries and have both been ruled out of Thursday’s game, paving the way for Peterson’s NHL debut.