Gameday: Stars Regroup In The Home Of The Wild 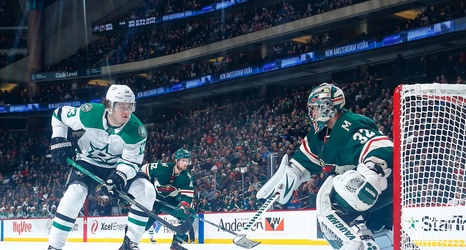 The Dallas Stars are coming off a weak loss at home. Now they’re back on the road and heading into another divisional battle that could prove important.

On paper, the Minnesota Wild don’t pose a huge threat, even as a Central opponent that can effect the dreaded four-point swing. The last-place team in the division is also all the way down in sixth for a Western Conference wild-card spot. But we don’t call it the #MurderDeathKill Division for nothing, and it’s far too early to figure on a playoff berth when any other team, on any given night, can play spoiler.