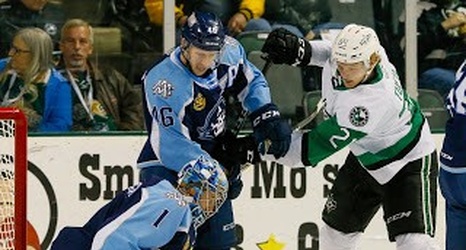 As if it wasn't hard enough already to face off against the best team in the league, the Milwaukee Admirals have just been sitting idle since their shootout loss to these same Stars on Friday night. Meanwhile, Texas went and earned a split in Grand Rapids to finish a three-in-three weekend.

The Stars will be buoyed by the addition of Taylor Fedun to the lineup. At the NHL level, he was called upon to do some power play duty and acquitted himself admirably. The absence of Emil Djuse from the lineup means that he will likely be asked to jump into the PP for Texas in that gap.