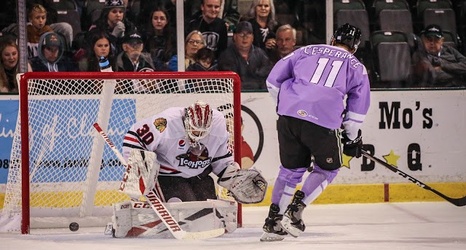 Despite a loss in Iowa, the Texas Stars still wake up this morning in playoff position. Other clubs are hot on their heels, however, and Rockford is the closest to bumping them off. Texas faces the IceHogs tonight in Illinois, a battle for the final playoff spot as things tighten up en route to the All-Star Break.

Since winning against Texas on December 20th, Rockford has won just three times, collecting only seven points in fourteen games. The club has been snakebitten in the scoring department, putting up two or fewer in all but two of those games and getting shutout twice.