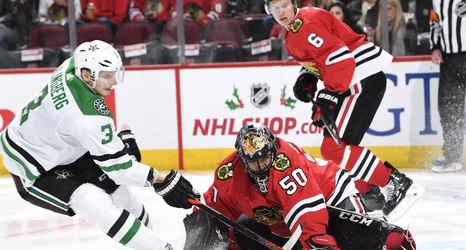 Cause getting your dreams

It’s strange, but it seems

There’s a kind of a sort of a cost

There’s a couple of things get lost

Losing to the Blackhawks is a special sort of rotten, always. Patrick Kane and Jonathan Toews have been terrorizing the Stars since the previous ownership, and their accompanying fans have been doing the same to the AAC for the vast majority of that time, too.

So it was satisfying to beat them last week behind Anton Khudobin’s masterful performance, but it would have been intoxicating to do so twice in the span of four days.