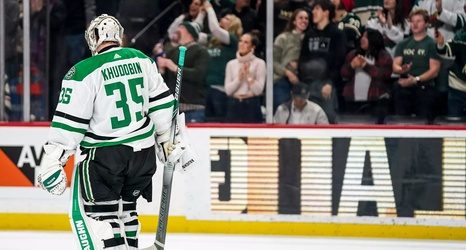 The Dallas Stars visited their old hometown tonight to take on the Minnesota Wild for the third of four meetings between the two clubs this season. The teams have split the difference so far, as the Stars won their first tilt 6-3 and the Wild won the second in a shootout.

The biggest story for the Stars tonight is the return of Stephen Johns after missing 22 months to post-traumatic headaches. The last NHL team that Johns played against? You guessed it, the Minnesota Wild. This is also the first game that Miro Heiskanen has missed in his career.