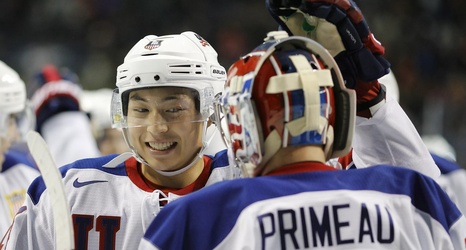 Even when he was just 17 years old and in only his second OHL season, Robertson was the focal point for his Kingston Frontenacs club. Their offense lived or died on his stick, and it was his stick that scored a team-high 81 regular-season points that year and led the scrappy Frontenacs to the second round of the playoffs with 18 more.

That trend continued for another season and a half in Kingston, until he was traded to a much deeper Niagara IceDogs team for their 2019 playoff push. But even though he had much more support around him, Robertson was still Niagara’s biggest offensive star, and wound up leading the entire league in points that year, with an eye-popping 117 in 62 games.