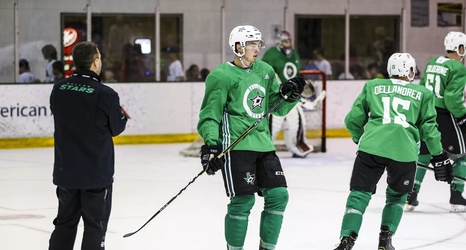 For many top hockey prospects nearing the end of their junior careers, their main focus is winning a league championship — maybe even a trip to the prestigious Memorial Cup.

But for Dallas Stars prospect Dawson Barteaux, however, his focus during his fourth — and likely final — WHL season is on something a little different: paying forward the leadership that he was given when he was coming up in the league.

Sure, a league championship would obviously be pretty great too. But as a member of a young (even by junior hockey league standards) Red Deer Rebels team that has a record of just 8-15-0-3 thus far into the year, that goal seems a little far away right now.