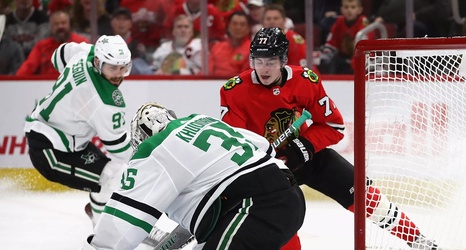 The Dallas Stars’ seven game winning streak was snapped last night in a 3-0 loss to the Chicago Blackhawks. The score doesn’t look pretty, but for a team playing their third game in just four days, the Stars did pretty well:

It was a pretty crisp game,” [Joe] Pavelski said. “I liked a lot that we did tonight, especially on the road, especially three-in-four, they’re waiting for us.

“We never felt overwhelmed or anything like that. It was a game that we felt like we had control of for a long time, actually.