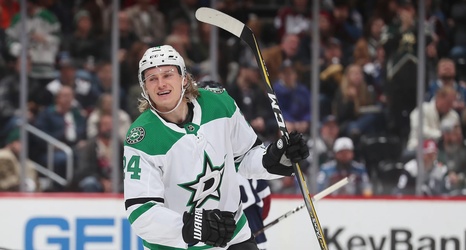 It’s just the preseason, but Roope Hintz looked good in his debut last night, scoring a goal for the Dallas Stars in a 3-1 win over the Colorado Avalanche. Hintz is coming off a groin injury, but it sure didn’t look like it on the ice:

Asked what he liked about Hintz’s game, [head coach Rick] Bowness said, “Everything. He was flying out there.”

“When you see him coming through the middle of the ice like he was tonight, you know he’s feeling great,” Bowness said. “His reads were better than I thought they would be, his timing was really good, he showed what a great player he is.