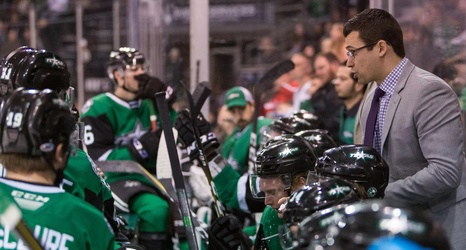 After four successful years as head coach of the ECHL’s Idaho Steelheads, it was arguably inevitable that Neil Graham would be the head coach of an AHL team one day. But no one thought his opportunity would come so soon.

Hired by the Texas Stars as an assistant coach this offseason, Graham was quickly thrust back into the top role when Derek Laxdal was promoted to the NHL as a result of Jim Montgomery’s dismissal by the Dallas Stars. It’s been an adjustment, but it wasn’t really a difficult one according to Graham: