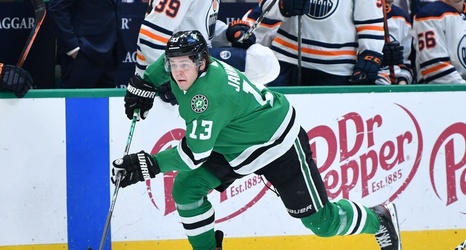 This past season wasn’t very kind to the Dallas Stars’ goal scorers. Both Tyler Seguin and Alexander Radulov had a lengthy scoring drought (twice for Seguin). Pretty much every skater was on pace for their lowest point total in at least recent memory.

But for Mattias Janmark, the scoring struggles aren’t new. Assuming the regular season has finished, he will have finished with six goals in 62 games after scoring six in 82 the previous year:

“I try to look at it that it’s more frustrating if you don’t have the chances,” Janmark said.