Dallas Stars Daily Links: Has Brett Ritchie Found The Role Of A Lifetime? 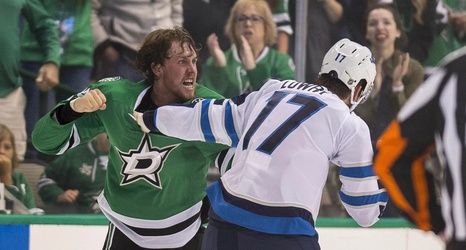 The Dallas Stars’ 5-1 victory over the Winnipeg Jets Saturday was pretty satisfying from several different perspectives. One of them was the way Brett Ritchie stood up for his teammates with some heavy physical play and a notable fight with Adam Lowry.

It demonstrated why Ritchie has earned his spot with the big team, writes Mike Heika:

“I can’t say enough about what [he] did,” [head coach Jim] Montgomery said. “On the bench, you could feel it. It had everyone talking about it, going to high-five him or congratulate him or thank him.