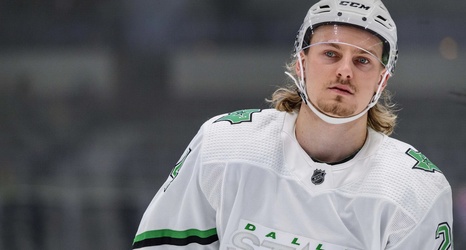 It was a strange year for Roope Hintz to become a full-fledged NHL superstar. He gave Dallas Stars fans a cup overflowing with highlight-reel moments, even as they began to wonder if “Game-Time Decision” was his new middle name. It became a sort of ritual – the burst of celebration when he joined the pregame warmups, the quiet dread when his name was missing from the forward lines list.

Now that the Stars’ season is really, really over, the story of how Hintz became the team’s Masterton Trophy nominee is emerging in its fullness. The Athletic’s Saad Yousuf has detailed a sequence of events that started last September:

Hintz’s ailment began in Game 4 of the 2020 Stanley Cup Final.