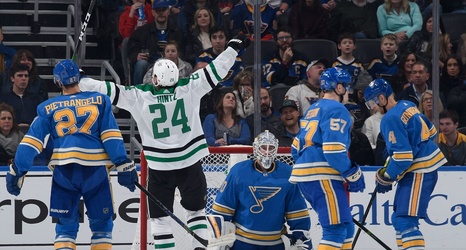 The 2019-20 season has been filled with unexpected and unfamiliar gut checks for the Dallas Stars.

Step back to Oct. 18, 2019 for a moment. The Stars are in Pittsburgh for their first meeting of the season with the Penguins. It’s the third game of a lengthy four-game road trip through the northeast, and things aren’t going according to plan. Then again, they haven’t gone according to plan for most of the early part of the season.

As Kris Letang scored into an empty net to push the Penguins lead to 4-2 with 22 seconds remaining, the cameras from the Dallas broadcast turned to the Stars bench.