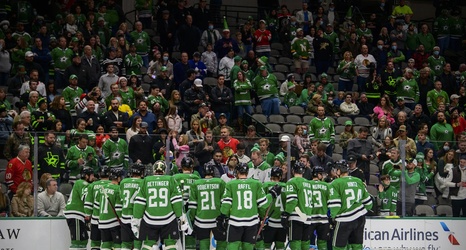 On Saturday night, Dallas Stars forward Tanner Kero was hit by Chicago Blackhawks forward Brett Connolly. It was a brutal hit that appeared to knock Kero unconscious before he hit the ice.

Connolly is, by all accounts, a player not known for dirty plays or late hits. Stars head coach Rick Bowness would know: he’s coached him before. “I know Brett Connolly. I coached him in Tampa and he’s a great kid,” Bowness said Saturday night. “Shit happens out there, man, and that’s just hockey. Connolly would never intentionally hurt anyone so I don’t hold that against him.